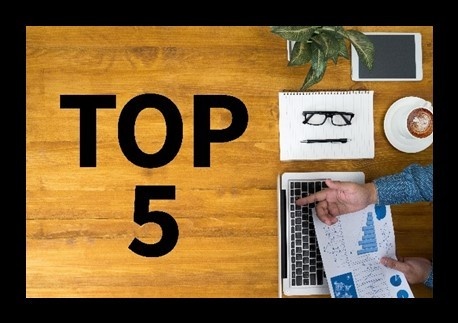 Sometimes it is a great idea to step away from the noise swirling around housing and focus on the trends.
Top 5 Housing Trends: With five months of the year in the rear view mirror, there are crystal clear trends in 2019.

Pricing: Expired listings are up 64% so far in 2019, illustrating how crucial pricing is this year to avoid becoming another statistic.

Everybody seems to have an opinion about the direction of the housing market. “Up!” “Down!” “The housing run has peaked!” “I’m going to wait for values to come crashing down.” In the end, there is way too much noise that is not rooted in facts, ignoring the data. It is time to step aside from the commotion and look at the trends that have surfaced in 2019.

1. There are a lot more homes on the market.
In fact, this is the highest active inventory level since 2011. There are 7,479 homes that are currently FOR SALE. That is 27% more than last year, an additional 1,605 homes. At the start of the year, the difference was 2,204, so this trend is beginning to diminish. The big rumor is that there are a lot more homeowners opting to sell and flooding the market. The reality is that there are nearly the same number of sellers coming on the market year after year. In 2017, from January through May, 18,264 homes were placed on the market. In 2018 there were 18,199. And, there were 18,180 this year. No flood. Instead, fewer and fewer listings have been converted to sales due to muted demand. With less success, the active inventory has grown.

2. Demand is muted compared to 2012 through the 2017.
This trend emerged last year. In 2018, through May, demand (the number of new pending sales in the prior 30-days) was down by 13% compared to 2012 through 2017, the housing recovery. In 2019, it is down 20% compared to those same years. The muted demand has made it more challenging to sell. Homes are not appreciating like they used to. With values reaching record levels, the rise in incomes coupled with inflation has not been able to keep up with home prices. Also, many believe that the current seven-year housing run is reaching a peak and running out of steam. These factors are softening demand. Year over year, current demand looks a lot similar, off by only 19 pending sales, but keep in mind it was muted last year at this time. The trend of muted demand will continue for the remainder of the year.

4. Home appreciation is now flat, so careful pricing is crucial.
With a higher active inventory, coupled with muted demand, the Expected Market Time has increased substantially. Currently, it is at 85 days, a slight Seller’s Market. Unlike 2012 through 2018, housing did not enjoy a HOT Seller’s Market. It only evolved to a slight Seller’s Market, one where sellers get to call more of the shots, but homes are not appreciating much at all. Expect this trend to continue through the remainder of the year. As demand remains flat through the summer, more homes will be placed on the market and housing will evolve to a Balanced Market, one that does not favor buyers or sellers. There will be fewer multiple offer situations and homes will take an even longer time to sell.

5. Interest rates have dropped dramatically over the past 6 months, improving affordability substantially, but not fueling much of a bump in demand.
After nearly reaching 5% back in November, mortgage rates have dropped to 4%. They have not been this low since January 2018, right before they began to spike. This has increased affordability greatly. For a $750,000 mortgage, the monthly payment difference between 4% and 5% is $445. That is an annual savings of $5,340, or $26,700 in five-years. The drop in mortgage rates saved housing from slipping into a deep funk like September through December of 2018, but is has not moved the needle much in terms of increased demand. Even with the return of historically low interest rates, demand remains muted. With the Spring Market in the past, there are only a couple of great months left in the meatiest time of the year to sell. Once the market rolls into August, housing will start to transition to the Autumn Market where demand falls along with the active inventory.

Active Inventory: The current active inventory is at its highest point since September 2014.
In the past two weeks, the active listing inventory increased by 66 homes, up 1%, and now totals 7,479, its highest level since September 2014. This is the time of the year when the active inventory climbs until it peaks in the middle of the summer, most likely mid-August. This occurs due to all of summer’s distractions, muting demand while more and more homes enter the fray. It most likely will eclipse the 8,000-home level for the first time since 2014 and then reach a peak not seen since 2011.

Demand: In the past four weeks, demand was nearly unchanged.
Demand, the number of new pending sales over the prior month, decreased by 7 pending sales in the past four weeks, nearly unchanged, and now totals 2,646. Demand has been muted for the past 16-months straight and is not going to change anytime soon. What you see is what you get. Expect demand to slowly drop from here, which will pick up steam during the Autumn Market after the kids go back to school. With summer distractions, demand is not quite as high as during the Spring Market.

Last year at this time, there were 19 more pending sales, 1% more than today. Two years ago, it was 10% stronger than today.

Curious to know the Value of Your Home? Click Here https://rem.ax/2DdADGm

To download my Mobile app to search for homes on the go, please click the link below
www.getmobile.remax.com/DustinPellegrino